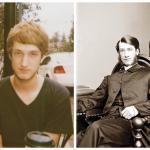 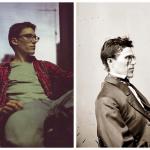 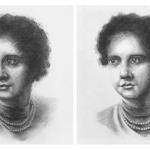 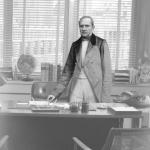 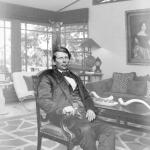 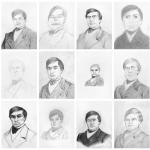 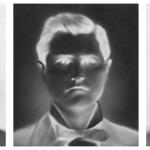 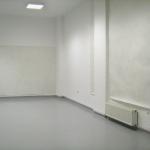 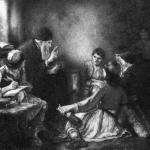 Anastasis Stratakis works with images and the idea of the image, creating optical and historical narratives b in other words, how we see, perceive, remember and record moments in time. While he creates systems that challenge and explore the function of representation as well as the notion of reproduction as a simulacrum, he regards content as equally bound to questions of cultural character and identity.

That becomes particularly manifested in his ongoing series titled Ubi nunc (Where now), part of which is Secret School, 2013 b an extremely scaled-down (measuring 3.7x4 cm) reproduction of a painting by 19th century Greek painter Nicolaos Gyzis which illustrates the widespread belief that, during Ottoman rule, priests of the Greek Orthodox Church secretly schooled children notwithstanding a supposed prohibition. National mythology and the perception of historical fact as a structural presence are also directly referenced in Viniani, 10 April 1944 (ver. 1-3), 2013, where a printed photograph and two charcoal drawings are part of the same surface, alerting the viewer to the validity of the images' as they appear, medium-wise, indistinguishable. Ungenauigkeit and Unbestimmtheit series push this issue even further by either being digital drawings, mimicking the language of photography, or by combining digital and analogue drawing within the same image, creating impossible scenarios.

Stratakis' concern about consciousness and the very nature of representation is explored with varied approaches in his Simulacra series. In Simulacra #5, 2012-13, he constructs a system that aims to underline unavoidable errors during the drawing process: the first drawing is made using a found photograph as a reference while subsequently, after turning away the original photograph, the second drawing is made by using the first one as a reference but also translating it into its negative. This attempt, despite all efforts for accuracy and precision, inevitably leads to a somewhat flawed result since it is entirely based on human factor. So when respectively the third drawing is made by referring to the second (this time translating it from negative back into positive) the result is bound to differ from the first, revealing the gradual differentiation of the image. A somewhat similar approach is taken in Simulacra #4, 2012, where Stratakis commissioned a number of local artists to produce copies of copies of an original drawing of his (each artist copies the drawing before his own), while on Simulacra #6, 2012, every drawing is made by untrained people based on the same image which we never see, creating these fragmentary versions of it and leaving the viewer to complete the perceptual process.

In addition to the above, Stratakis creates site-specific works such as 1:1 - a 2013 installation where he covered numerous walls of the exhibition space with enormous drawings made with charcoal and pencil on fragile sheets of paper, unprotected by frame or glass. The drawings cover the entire paper area, mimicking the very surfaces of the walls they occupy. They become thin layers of subjectivity laid upon a preexisting, concrete reality while also turning the space into a copy of itself.