"Translation is the continuation of war by other means", this maxim is the cornerstone of a set of ancient Chinese treatises under the collective title Fu of War [1]. Therein, military ploys find application to the art of translation. Among wars described in the book, between the invading boriginalb and the defensive btranslationb, or vice versa, is one that a Master Lifu, or Fu Lei, waged against a General Zhan Le (who resembles James Joyce) and his Shou Ling army (that resembles Finnegans Wake). 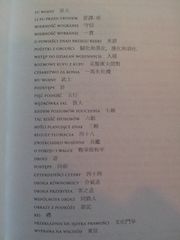 It could not be difficult, one will assume, to assess whether it is thinkable, let alone possible, that there ever existed a Chinese text James Joyce might have appropriated and reforged into what we know as Finnegans Wake, and whether Fu of War is then a clear fake, a copy, a humbug in line with Ossianbs Poems or Patrickbs Hannahanbs Gigamesh. It would take just one person with a decent command of Old Chinese and a working understanding of Finnegans Wake to give a quick verdict [2]. But Chinese or not, Finnegans Wake raises other boriginal v. copyb issues. Firstly, what Joyce submitted in the text is bthe last word in stolentellingb [3], a large-scale repossession of quotes and borrowings from other authorsbof which he was aware [4]. It may be reasonable to consider the extent to which Joyce translated, or bcopiedb, other literature into the idiom of Finnegans Wake. It may (or may not) come as a surprise that the bcopyb could have been itself copyrighted as something unique. Secondly, Finnegans Wake does not even exist. What exists is a multitude of variants whichbsurprisingly enoughbshare the same title. How much can the editions differ one from another? An example. A 2010 reading of Finnegans Wake incorporated b9000 minor yet crucial corrections and amendmentsb [5]. Can it be important, for instance, that in one edition of the book the word bmuskrateersb was hyphenated bmuskrat-/-eersbbbut bmuskra-/-teersb in another? Perhaps it can. I doubt, however, that any ultimate version of Finnegans Wake will ever be produced. If I am right, the boriginalb will remain an ideal, whose emanations, more or less imperfect, are everything we can have access to. If, in pursuit of the final version, we were to address the intentio auctoris, we would need to remember that Joycebs words about the text were not always consistent. Thanks to Joyce, one interpretive path exits literature to enter music, as not only did Joyce put a clue in the book that its lettersbsome letters at leastbmean musically 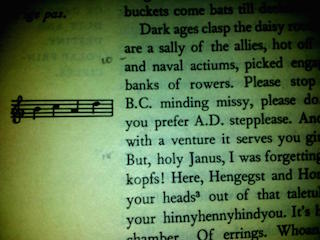 but he also referred to his work as his bsuiteb, which, even more specifically, would be a suite bin the key of E flatb [6]. And what would we have, if we regarded Finnegans Wake as a sum of the occurrences of its musically symbolic letters (and removed the rest as musically irrelevant)? We would have something like Da Capo al Finne, 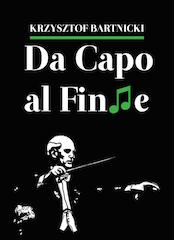 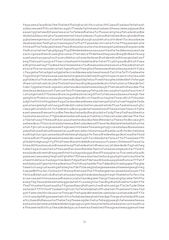 And after we isolate subsets from the whole, freely attributing duration to pitch, letter-sounds become notes. We can engineer the output: for instance by shortening undesirable sounds to demisemiquavers (or faster). What then if a result should sound like, say, something from the Star Wars soundtrack credited to John Williams [8]? Questions may get asked, about the origin of authorship and sources of originality, such as: "Who composed this? Maestro Williams, unwittingly? Joyce, unconsciously? Me?". I tried to answer this one. Or have it answered, as I wrote to the agents of John Williams 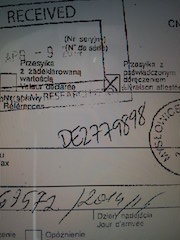 requesting their opinion: (i) Have certain music themes that are credited to John Williams been encoded in a book which was published when John Williams was too young to compose? (And if so, who owns what copyrights, and is there infringement in question?) or (ii) Does the music material found within letter sequences of Finnegans Wake resemble bStar Warsb motifs at best, but is not bStar Warsb music? (And if so, could I be legally selling bStar Warsb music-resembling ringtones?) To date, I have got no answer from John Williamsbs agents. What I got in the meantime were sound remarks from other people that to think Joyce might have limited Finnegans Wake to a set of only 8 letters may be doing him an injustice. True! What about other systems of music notation? How about any letter, digit, symbol, punctuation mark, group of letters which, under one agreement or another, past or present, bears any musical symbolism? It appears that ca 96% of Finnegans Wakebs text has music significance [9] 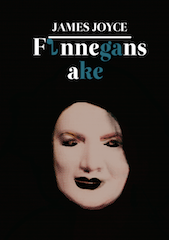 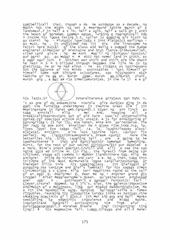 The 4% remainder is comparable to the disjoint sets of Finnegans Wakebs textual variants. If we decide to call one text Finnegans Wake and admit other textsbdifferent by thousands of textual elementsbdeserve the selfsame title, then there is no easy logic against not regarding 96% of Finnegans Wake as yet another variant of Finnegans Wake [10]. Finnegans Wake isbor, at minimum, may bebmusic. The claim that James Joyce published (posthumously) some sheet music, a copy of his own material that had been known previously as literary Finnegans Wake, must be as false to many as it is unfalsifiable to all.

[1] But is the sentence a Chinese original? It comes into English as an obvious play on the German aphorism by Clausewitz. When an old Oriental wisdom gets translated into European through a young, domesticated equivalent: where is the "original", and what are its "copies"? (As if there were not enough problems with establishing whether a true translation from German should be bby other meansb or bwith other meansb.) Anyway, I learned the sentence in Polish from this book: Anonymous. (2012) Fu wojny. Kraków: korporacja ha!art.

[2] But therebs the rub. To find such a person is almost impossible. Not many a Joycean scholar speaks Old Chinese and has access to obscure Chinese texts.

[3] Joyce wrote to George Antheil (January 3, 1931): bI am quite content to go down to posterity as a scissors and paste man for that seems to me a harsh but not unjust descriptionb (Letters of James Joyce, vol. 1, edited by Stuart Gilbert. New York: Viking Press, 1966: 297).

[7] Where Bach would have an H note on the staff, Joyce puts a B. I follow the German H/B division. More on the subject in: Krzysztof Bartnicki. (2012) Da Capo al Finne. Warszawa: Sowa.

[9] Of the title, the capital bWb is the only letter dropped out as musically non-symbolic. See: James Joyce. (2014) Finnegans _ake. Warszawa: Sowa.

[10] A few systems of music notation that turned out too idiomatic, ambiguous, hard to establish etc. were disregarded, but it still remains feasible to have them somehow included in Finnegans _ake and move the result even closer toward 100%. (Or, more precisely, to a 100% of one of the available textual clones called Finnegans Wake.)

Krzysztof BARTNICKI (1971) is a Polish translator, author of dictionaries, writer. His Finneganów tren (2012) is the worldbs 7th complete translation of James Joyce's Finnegans Wake. In Da Capo al Finne (2012) and edition of Joycebs Finnegans _ake (2014) he pursued his interest in interdisciplinary translation. His present projects include translation of Finnegans Wake into image.